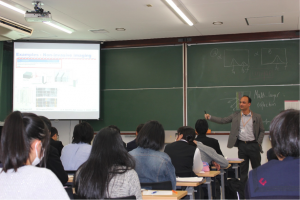 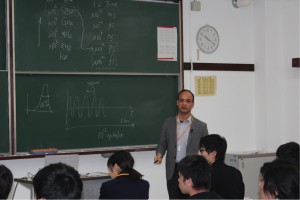 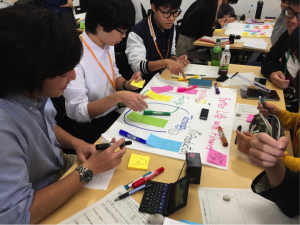 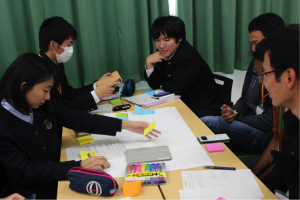 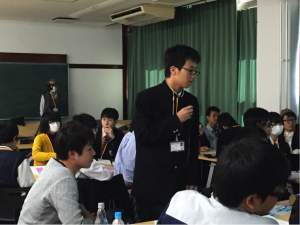 I research about THz wave’s nature and applications on internet. Then I think how to applicate THz waves refer to researching things and Dr. Tripathi’s lecture. I have two kinds of idea. Medical and biology.
< Medical >
① Find cancer or blood clot using THz waves.
Now, skin cancer can be found by THz waves. But other cancer is difficult to find because THz waves are absorbed by body. I think that it is possible to find them if we implant THz transmitter and receiver in our body when we have operation. Transmitter radiate THz wave and receiver receive it. If cancer grow again, it blocks the THz waves. In this way, we can know in our health and measure a recurrence of cancer soon. I think this way can applicate nott but also myocardial infarction. Because this illness’s cause is blood clot and I think it blocks the THz waves.
This way is safety because of THz waves.

< biology >
① Predict the day bloom cherry blossom
Every year, Japanese people predict when cherry blossom bloom. Some way is sometimes come true. For example, use temperature every day. I think that we can use THz waves this prediction. We can know the condition in the bud to use THz waves. If we can know how to grow the bud, we may predict exactly.
Watching in creature with THz waves are able to applicate other things. For example, we can research endangered species. THz waves doesn’t destroy them. So we can minimize influence of them.
② Change flower’s color
I learned flower’s color last lecture (in October). I knew anthocyanin decide some flower color. When I research THz waves, I knew molecule natural frequency of organic compound is equivalent THz frequency band. I think that if expose flower to strong THz waves, we can change flower color because anthocyanin is broken by molecule vibration form THz waves. If it is possible, we can change flower color without using gene manipulation. People will be security them.
Reference material
Internet
・https://www.jreast.co.jp/development/tech/pdf_19/Tech-19-50-59.pdf
・http://pfwww.kek.jp/pf-seminar/ERL/presen/tonouchi.pdf

I propose high-speed communication using THz technology with terahertz waves.
In recent years, proximity non-contact communication has been increasing. The merit of non-contact is that there is no problem of communication fai1ure due to poor contact of the communication termina1 and no physica1 termina1 damage. On the other hand, there are disadvantages such as the time loss of processing carried on the carrier wave and weakness to noise. However, if near fie1d communication by terahertz wave is performed, communication faster than the current USB is possib1e. A1so, if you use an e1ement called SFQ which is current1y under development, higher speed communication becomes possib1e. The prob1em at this time is that the device side a1so needs a generation element of terahertz. However, if you install a terahertz generator in a 1arge equipment such as a PC, the terahertz wave from the PC synthesizes the data from the USB and sends it back, so that the terahertz wave generator is not needed on the device side, so make the device small be ab1e to. By taking advantage of the characteristics of the 1ight of the terahertz waves and the characteristics of the radio waves, the waves used once are reflected and reused.
In recent years a new standard called USB Type-C has been made. Unlike in the past, there was no communication direction, small size, compatib1e with USB 3.0, USB 3.1, USB 3.1 Gen, and the amount of e1ectricity that can be supplied increased. However, due to the progress of miniaturization, physical troub1es such as loosening of terminals and wobb1e due to continuing withdrawing and pulling in compared with USB Type-A are considered. In addition, cracks of the board on the host side may occur. As a solution to that, I thought that it was necessary to shift the USB standard to the field of short distance non-contact communication. However, the current near field contact1ess communication has NFC, Bluetooth, etc. but the speed is not so fast. Therefore, we considered short-distance communication using terahertz wave with both light wave and electromagne!ic wave properties.
The terahertz wave is not very suitable for long distance communication because the attenuation by water vapor in the air is intense, but it is considered that there is no problem if it is a short distance. Moreover, the attenuation in the optical fiber is not much different from the conventional optical communication. Furthermore, since it has the properties of both light waves and radio waves, it can also perform modulation and demodulation like radio waves, and can also use mirrors and lens effects.
A specific method combines data from a PC into terahertz waves and transmits it to the device.  The device extracts data from the received terahertz wave, inverts it, and combines it into a terahertz wave. By doing so you can get the original terahertz wave. Then synthesize the data sent to the PC and send it back using a mirror. In this way, only two transmission lines are required, and a terahertz wave generator is unnecessary on the device side, so downsizing is also possible.

When I hear the lecture, I thought that we can use terahertz waves to find nests of termites’ at first. The teacher said that we can find extraneous materials in powdered milk with terahertz waves. I know it is a lackluster idea. But I thought it is convenient.
I look terahertz waves up on internet. And I found a lot of article about them. I am interested in the way to see the things in letters. Inst. of Physical and Chemical Research says the post office cannot open letters even if narcotic drug and stimulant drug are in them. But we can see something in letters without open them with terahertz waves. It sounds very good, because we can stop narcotic drug and stimulant drug floating around in market. But I think the technique sometimes become dangerous, because we can lead the letters. By using that technology our privacy may be infringed. So I think we need to establish technology to protect our privacy.
Second I am interested in Terahertz waves can find even weapons hidden under clothes. We can finish to find the terrorists as soon as possible. That technology is starting to be used for surveillance cameras. Perhaps in the future, we may not need to take physical examination by aviation. Our stress will be alleviated, because we just pass in front of the surveillance camera.
Finally I think there is a problem. That means that the terahertz wave has a low profile. Of course, our school physics teachers and researchers will know about it. But ordinary people will not know much about it. Actually I heard the word terahertz wave for the first time in the lecture. Some people have doubts about the safety of terahertz waves. Actually on the internet there were lots of questions about the safety of it. So you have to spread the right knowledge about it to the public

I thought that terahertz waves can be used for research of physics. Especially, it may help to grasp structures and phenomena of the dispersed particles in the liquid by using the technology of 3D tomography.
Here is an example. My research’s subject in FSS is about an orderly structure, created with the dispersed particles in the liquid, a type of self-organization included in physics. I’ve been trying to find out the mechanism of it. The structure has a lot of dents on the surface of sank particles. To get more information about the structure, I would like to look inside of it. I think that we can utilize terahertz waves to understand the state of inside the structure.
Nowadays, we use sheet-like laser beams to grasp structures and phenomena in the liquid. However, we can only understand one surface with this method. In other words, we can only understand in two dimensions. That is why observing structures and phenomena in the liquid with 3D tomography is an effective research method. Seeing structures and phenomena in 3D is easy to understand, I think.
There isn’t only the orderly structure can be studied in terahertz waves. It is also possible that researching convections and flows around obstacles with it. If we analyze data of 3D tomography with a computer, more information can be got than conventional methods.
To put this method into practical use, we have to speed up the measurement time. This is because flows and convections will change over time. Moreover, it is needed to measure particles, aren’t large objects like pencils. I think measuring small objects is more difficult than large objects. We need to overcome these problems to realize the plan.
It seems that terahertz waves can be applied to our daily life, so I’m going to keep thinking about it.